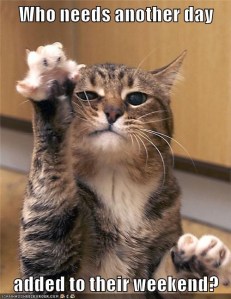 Who saw the Blood Moon lunar eclipse last night? Why am I not “smart” enough to get a sale set up before these big planetary events that play right into the hands of my Moonstruck Wolves. Ah well. Maybe in 2063 or whenever the next lunar super blood moon happens. Ah well. LOLOL

Who watched the end of a CSI Era last night? Oh yeah. I was there for the whole two hours. It went out with a bang.

New TV shows: I’m liking “Blindspot”–quite a bit actually. Not sure how long I’ll stay with “The Bastard Executioner” but for now I’m like…dude! It’s very violent, and some gratuitous sex but it’s written and produced by the guy who did “Sons of Anarchy.” “Rosewood” was okay. I’ll give it a bit. I think it wants to be “Castle” with a Miami detective and a pathologist who does private autopsies. The NCIS premiere had me all WTFOMGBBQ!!! Especially what DeNoso did. No spoilers. I haven’t gotten to “Castle” and a couple of others yet. Writing. Reading. Priorities.

Reading: Speaking of, I gave up. Friday night I was frustrated by a lot of things. Nothing bad just…stuffs. I’d been feeling the pull to reread NAKED IN DEATH. (I reread the entire In Death series last winter.) I gave up, needing a little reading chicken soup. I can’t even come close to describing how much I love that book. And of course, reading it means I have to read the next two because…Dallas and Roarke. And Summerset and all sorts of emotional stuff that just makes me want to grow up to be JD Robb. *sigh* I downloaded and read a series of novellas by Joanna Wylde set in her Silver Valley/Reapers MC world. Now I want to reread them. *sigh* So many new books and I find myself falling back on books and series that I’ve previously read and enjoyed. I’ve read 182 of my 200 books for the Goodreads challenge. Actually, I have more than that. I haven’t recorded the 18 book I read for the RITAs this year, nor have I added in my reread of NIGHT SHIFT (looking for typos to fix before I print copies for contests) or the 2 1/2 In Death books. After I finish IMMORTAL IN DEATH, I’m previewing a book for a cover quote for a friend and after that, I’m not sure what I’ll read.

Writing: I did some. I added a scene to the Russian’s book and I edited/added to a chapter in THE DEVIL’S CUT and started a brand new chapter. It’s still a struggle, but I’m hoping the characters are starting to talk again. Keep your fingers crossed.

Fun Stuff: Thomas the Tank Engine. Yay! “He” made an appearance yesterday at the Oklahoma Railway Museum. The whole family went. Hopefully, Only will share pics so I can share here. We went in a short train ride in the open car. Stormageddon had fun. The museum is gonna do a Polar Express event at Christmas. Another train ride and someone reading the book. Fun stuffs!

And that was my weekend. What did y’all do? Be sure to come back tomorrow. I have a special edition of Tuesday Titles with extra-special guest, our very own Niki Danninger! She’ll be here talking about her upcoming release, MICAH’S MESS, part of the Savannah Coven Anthology. 🙂

I like walks on the wild side and coffee. Lots of coffee. Warning: My Muse runs with scissors. Author of several award-winning series--Moonstruck, Nightriders MC, The Penumbra Papers, and Red Dirt Royalty (Harlequin Desire) & other books! Purveyor of magic, mystery, mayhem and romance. Lots and lots of romance.
View all posts by Silver James →
This entry was posted in Writing Life and tagged books, family, fun stuff, Monday, Penumbra, reading, TV, writing. Bookmark the permalink.

6 Responses to Monday After