A Taste of Monday 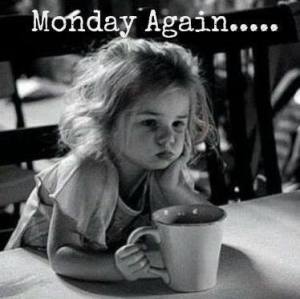 Monday tastes like coffee. And possibilities. A new week. Time to set new goals, get stuff done. All those days stretching out just waiting to see what I do with them. Aanndd, I need another cup of coffee. That’s way too philosophical for a Monday. So, I did things last week. Not many things but a few things. Things are good, right? *nods in agreement with self*

What things did I do? I know you’re waiting on pins and needles to find out because I live such an exciting life. 😆

Writing, because my life is consumed with new words. I made some headway on MONTANA MOON, the April release in Elle James’s Brotherhood Protector’s Kindle World. I’m over half of my anticipated word count. My puzzle-piece snippets are in order and writing the connections between them. I’m not making promises to myself, but I’d love to see The End by the end of the week.

Reading, because what else do I do in my spare time, right? 😉 I’ve been in a bit of a slump. I finished off Ilona Andrews Edge series. It was okay. I grabbed a Molly Harper book off Audible Romance. It was okay. I finished off my contest reads. No comment because *shhhh* that’s secret until the contest is over. I keep scrolling through my audio books on the Audible app and the books on my Kindle and I’m just…blerg. Nothing excites my imagination. If worse comes to worst, I’ll queue up NAKED IN DEATH…for like the 20th time. 😆

TV, because I actually watched some! Lucifer is getting interesting. There’s been college softball televised, though not either of the teams I follow–the REAL OSU (Oklahoma State) and OU. I also caught two movies over the weekend. First up, “Wonder Woman.” I loved it. I hated it. Diana rocks! Special effects were…damn and whoah! Chris Pine was…*swoon* but…but…no spoilers in case there are people like me who waited for cable and haven’t seen it yet. I’ll just say I was crying because…because…*sniffle*. Then I caught up with “Arthur, Legend of the Sword” with Charlie Hunnam. Dayam. That man is just…*sigh*. It was a big budget CGI extravaganza and had absolutely no relation to the Arthur legend, but…CHARLIE! I’m waiting for “Atomic Blonde” to release now.

And that was pretty much my week. OH! Did I mention that I tried the Monte Cristo Bake I featured last week on Tuesday Treats? It was pretty darn tasty! And now, I’m done. I have words to write because we all know new words wait for no writer. Have a great Monday. That’s what I’m going to do, after one more cup of coffee and checking my email. 😉

I like walks on the wild side and coffee. Lots of coffee. Warning: My Muse runs with scissors. Author of several award-winning series--Moonstruck, Nightriders MC, The Penumbra Papers, and Red Dirt Royalty (Harlequin Desire) & other books! Purveyor of magic, mystery, mayhem and romance. Lots and lots of romance.
View all posts by Silver James →
This entry was posted in Writing Life and tagged books, coffee, follow up, food, Kindle Worlds, Monday, musing, reading, TV, WIPs, writing. Bookmark the permalink.

4 Responses to A Taste of Monday