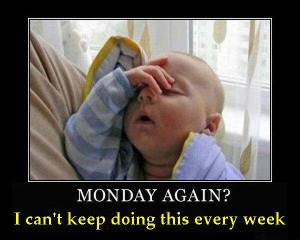 It’s Monday. I don’t have a whole lot to say so this is going to be a bit of a ramble. 😆

Yesterday was Easter and April Fool’s Day. I can’t quite wrap my head around that.

I watched “Atomic Blonde” Saturday night. I couldn’t quite wrap my head around that either. I’d been looking forward to seeing it ever since I saw the first trailer. The soundtrack is sublime. I’ll admit I LIKE 80’s music and one of my all-time favorite songs was featured: George Michael’ “Father Figure.” As Lawyer Guys said, it had all the feel of a graphic novel without the obvious trappings, a la the Sin City franchise. I remember so well the night the Russians and East Germans lost control and the Berlin Wall came down. That features in the movie about Cold War spies. And the whole movied was a total mind f#*k. I sat there after it was over and stared at LG and kept saying, “WTF?” Over and over. If you get the chance, watch the movie.

My Cards finally won a game yesterday, after dropping 2 games to the Mets. I’d like to think it was because of the weather change and it took them four days to get acclimated.

Is basketball done yet? And what’s the deal with the way the NHL picks the teams going to the play-offs? I need to Google/Bing search what’s up with that.

It’s freakin’ cold. What happened to spring? And yeah, I figure last nights freeze pretty much ended any chance my wisteria would bloom this year. Ah well.

Haven’t watched much TV but I am blowing though Jennifer Ashley’s Shifters Unbound series. I don’t remember how many books in I am but she’s yet to repeat herself and that says a lot about her talent. I’m currently on book 7.25 but it’s like the 11th or 12th actual story. Something like that. Anyway, I’m enjoying listening to them. That said…

Vacation is over. Today is a full day of writing. No. Really. It’s crunch time. And speaking of writing–or publishing, actually. MONTANA MOON releases this Thursday! I’m part of a FB launch party and my takeover time is around 5 o’clock central, Thursday afternoon. I think. I probably should double check the sign-up sheet, huh?

And…I think that’s all the rambling randomness I’ve got for today. What about y’all? What’s random in your life?