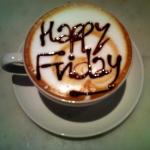 Another week past and not much to show for it. $#!+ happens. No videos jumped up and screamed “SHARE ME!” So, you get what you get.

Yesterday’s troubles got solved. Mostly. Turned out to be on the power company’s end. Yay. Spent the morning without power while they fixed it. Turns out some people in the neighborhood kept hearing a humming sound from down this way the night before. Yeah…that would be the powerlines not working correctly. And we had garage door opener problems and the electronic ignitor on my gas stove wouldn’t work. The joy of gas is that you can use matches. Anyway, a low level brown-out before the figurative kaboom.

Speaking of neighborhoods, there’s an app for that.

Fall finally arrived. Just in time since we had no AC yesterday! Wednesday, it hit almost 90. Yesterday, it was 75 late in the day after the sun came out. Opened the windows. Woke up this morning to a 69 on the thermostat. Hrm….I wonder if that’s a sign I need to get back to work on my MC romance.

Speaking of, there’s a LIVE PD commercial that cracks me up. Trooper Callicoat from the Oklahoma Highway Patrol has chased down a biker. Callicoat says, “What did you learn?” Biker says, “That I’m a dumb ass and you’re going to catch me every time.” ‘Nuff said.

I’m frying up pounds and pounds of bacon and sausage today. Tomorrow is First Saturday, which means pancakes at the post. Followed by Stormy’s soccer game. Followed by siren test. Followed by family lunch at our favorite Mexican restaurant. Followed by a nap and weight gainage. Good thing I lost a couple pounds this week.

I’m looking for books to listen to. Nothing jumped out of audible or the library at me. Ah well.

And on that note, time to finish off the email and this first cup of coffee before heading back to the kitchen. Bacon and sausage waits for no man, woman, or furry critter. Why yes, the boys do hover around the edges hoping I will share. Hope you had a good week and a have a better weekend!

I like walks on the wild side and coffee. Lots of coffee. Warning: My Muse runs with scissors. Author of several award-winning series--Moonstruck, Nightriders MC, The Penumbra Papers, and Red Dirt Royalty (Harlequin Desire) & other books! Purveyor of magic, mystery, mayhem and romance. Lots and lots of romance.
View all posts by Silver James →
This entry was posted in Writing Life and tagged coffee, family, follow up, food, Friday, fun stuff, herding cats, musing, procrastination, reading, stuff. Bookmark the permalink.