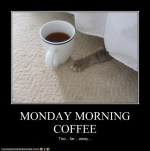 So. It’s Monday. It’s the first day of March. And I’m a year older. Sucks to be me. 🙄 I’m kidding. I’ve been older than dirt for as long as I can remember. What’s one more day or one more year? It all beats the alternative. We’ll do the family celebration this coming weekend–pancake breakfast, siren test, and Alvarado’s for Mexican! Yay! Something to look forward to. 😀

In other news, it’s a new day, a new week, and a new month. Time to shake off the procrastination frustration and get my arse in gear. I have books to write–more even than I anticipated at the start of the year because a pushy biker wants his story told. Shut up, Rook. I can’t hear you! Lalalalala

There was a week and a weekend. Stuff happened. LG, Only, and Baseball Boy all got their first innoculations. Stormy was exposed but his test came back negative. I’m on a list somewhere for mine. I’m not too worried. I don’t get out much, I’m careful, and other than bein’ older’n dirt, I don’t have any real underlying health issues, unlike others in the family. I’ll get mine eventually. Ugh.

In writing news, I’ve already mentioned Rook. He’s pushy, Sade is stubborn, and the words are dripping like a frozen pipe on a -14 degree day. Well, not quite that slow. I have managed some words. Not many, but some. Progress, right? I gotta get into the “Write or Die” mindset again.

My OSU Cowgirls had a good weekend at a tournament down in Louisiana. They swept LSU, won against the Univerity at Buffalo (NY), and finished by splitting against University of Louisiana Lafayette. The Cowgirls are ranked #8 nationally. ULL is #7. It was a good tournament for them. I didn’t check on OU softball. If they played, they probably won. In other sporting news…BASEBALL!!!! MLB is back. Watched the Cardinals/Nationals spring training game. Spring training is fun. LOTS of players get to play and while the score is sorta important, it’s not really. It’s more like playing baseball for fun. Of course, that’s one thing I’ve always liked about St. Louis. The players always play like they’re having fun. Oh, and the final score was 4-4. In my book, that’s a win for the opening day of Spring Training games.

In TV news, I finally got around to watching the finale of The Masked Dancer. I’m still not sure how I feel about that show. In fun news, one of my favorite professional dancers from Dancing With The Stars made it to the finals, placing 2nd. He was dressed as The Sloth (Google it–LOLOL) and I loved him. He was my favorite and I suspected who might be behind the costume. Turns out I was right–Maksim Chmerkovskiy. He was hysterically funny and so very talented. Olympian Gabby Douglas took home the trophy.

Did a bunch of reading and listening last week. I zoomed through the whole Tarpley VFD series, including a reread of my own FIGHTING FOR JUSTICE. It was fun to see the various mutual scenes through different lenses. Also listened to a couple of favorites in preparation for listening to two new releases in the series–Kristen Ashley’s Chaos MC. I didn’t do a marathon of all the previous Chaos books. I listened to the first, MOTORCYCLE MAN, then skipped ahead to WILD LIKE THE WIND (which always wrecks me! All the freaking feels!!!) to refresh my memory on Dutch and Jagger, Chaos legacies who join the club in their mom and stepdad’s book. I’m currently on FREE, which leads to the next generation moving into positions of power in the club. After FREE comes WILD FIRE, which is Dutch Black’s story, followed by WILD WIND, Jagger’s story, which releases tomorrow. I’m a happy fan girl for a few days at least.

That’s pretty much it for me. Oh! I have discovered that the crows like leftover beef stew that’s been strained of the soupy part. They sucked up that meat, potatoes, and veggies like it was caviar. Boy, will they be disappointed when they get leftover dog food and bread next time. On that note, time to do something. Not sure what, but something. That’s better than nothing, right? Right! How’s life in your corner of the world?

I like walks on the wild side and coffee. Lots of coffee. Warning: My Muse runs with scissors. Author of several award-winning series--Moonstruck, Nightriders MC, The Penumbra Papers, and Red Dirt Royalty (Harlequin Desire) & other books! Purveyor of magic, mystery, mayhem and romance. Lots and lots of romance.
View all posts by Silver James →
This entry was posted in Writing Life and tagged family, good stuff, holiday, Monday, musing, reading, sports, stuff, TV, WIPs, writing. Bookmark the permalink.