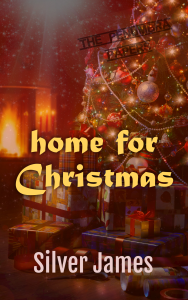 It’s the Wednesday before Christmas and I promised y’all a Christmas story to keep up my yearly tradition. I finished up late last night so if there are typos or other goofs, don’t look a gift story in the editing! Also, today’s #1lineWed theme is **GIFT** so there ya go–my gift to you. Below is the prologue and then click on the last line. That’s the link  to the page with the rest of the story. Merry Christmas to All!

Psst. If any writers want to drop some gift words in the comments, yay. Also, readers, did you like your gift?

Stars glittered like snowflakes in a snow globe. The moon, looking slightly smushed, decorated the horizon as the sleek private jet banked for landing at the New Orleans Lakefront Airport. The dark waters of Lake Ponchartrain rippled below. Sinjen reached over and took Sade’s hand, giving it a little squeeze. For a woman so fearless in every area of her life, it amused him that she was always tense on landings and take-offs. Still, it was a good excuse to be a little romantic.

A red fireball flashed by the window and the jet suddenly nosedived. Curses spilled from Sade in a torrent so rapid every cuss word ran together in a long string that lasted as long as she had breath. The plane righted, banked slightly in the opposite directly and leveled out.

The pilot’s apologetic voice came over the loudspeaker a few moments later. “Sorry about that, boss. Whatever the hell that thing was, it took the tower, us—” He broke off as radio traffic chattered in the background. He returned to his announcement a couple of minutes later. “That sucker took regional air traffic control by surprise too. General consensus is that it was a real UFO. Welcome to the weird that is New Orleans.”

Only then did Sade breathe again. “Damn fuckin’ lucky that he’s a werewolf.”

Sinjen smiled. “True dat,” he agreed, getting into the NOLA spirit. Most magicks had better reflexes than humans and werewolves had excellent ones.

“And so much for a week of rest and relaxation. It’s going to take me that long to get my heart rate back to normal.”

He squeezed her hand. “I’ll see what I can do to distract you.” He leaned in, captured her mouth and continued to kiss her through the pilot’s announcement that they were making the runway approach a second time, followed shortly by “We’re on the ground.” Sinjen broke the kiss as the engines whined down to nothing and the flight crew opened the hatch for them to descend into the balmier temperatures of December in New Orleans.

The historic art deco terminal was festooned with Christmas lights as they walked down the steps to the tarmac. A black Suburban, with a big red nose on the hood and reindeer antlers attached to the roof, idled close by. Luggage was transferred quickly and they were soon ensconced in the back seat.

The drive to the French Quarter was uneventful though colorful. New Orleans was always up for a party and Christmas was a big one. White light glowed around the main entrance to their hotel. The doorman, spiffy and matching the season in his tailored green coat, opened the back door with white-gloved hands.

“Welcome to the Hotel Monteleone.”

I like walks on the wild side and coffee. Lots of coffee. Warning: My Muse runs with scissors. Author of several award-winning series--Moonstruck, Nightriders MC, The Penumbra Papers, and Red Dirt Royalty (Harlequin Desire) & other books! Purveyor of magic, mystery, mayhem and romance. Lots and lots of romance.
View all posts by Silver James →
This entry was posted in Writing Life and tagged #FreeRead, Christmas, fun stuff, holiday, inspiration, links, Penumbra Papers, reading, series, Wednesday Words, writing. Bookmark the permalink.