Wednesday Words: If You Believe 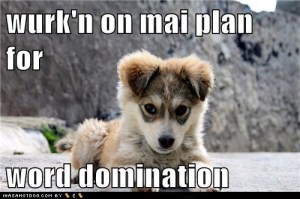 One of my favorite scenes in Peter Pan (the original musical version) is when Tinkerbell drinks the poison medicine and Pan asks, “Do you believe in fairies? If you believe clap your hands.
Don’t let Tinker die.” Today’s #1lineWed theme is “BELIEVE.” When you read romance, you automatically believe in the Happy Ever After.

Today’s entry comes from DOUBLE TROUBLE, set in Roxanne St. Claire’s Barefoot Bay. The next batch of Barefoot Bay Kindle World books releases on August 23rd. Until then, have a snippet you can believe in. 😉

****
He finally turned to stare at Nick and after a moment, said, “Theodor Vasile.”

Nick frowned. “That’s quite the mouthful.”

“Maybe.” Gabe stared at the front door of the villa. “Probably.” He jutted his chin toward the structure. “There’s a girl inside. I think Vasile is hunting her.”

“You think?” Nick didn’t like the sound of that. “Just what is this favor, Rossi?”

“What I said, Karras. If things shake out like I believe, I’ll need you to fly her somewhere else. She’ll have new papers. A new start.”

“This girl. Who is she? Vasile’s mistress? She turning state’s evidence or something?” Which didn’t make sense. The Feds would be taking care of her business if that was the case.

Gabe appeared to ponder his questions before indicating “no” with a headshake as he climbed out of the cart. “Don’t think so, but you need to find out her story. Her name is Peony Comanescu.”
****
What do you believe in? And do you believe you can share some words?

I like walks on the wild side and coffee. Lots of coffee. Warning: My Muse runs with scissors. Author of several award-winning series--Moonstruck, Nightriders MC, The Penumbra Papers, and Red Dirt Royalty (Harlequin Desire) & other books! Purveyor of magic, mystery, mayhem and romance. Lots and lots of romance.
View all posts by Silver James →
This entry was posted in Writing Life and tagged #1lineWed, Barefoot Bay, Double Trouble, Kindle Worlds, new release, snippet, Wednesday Words, writing. Bookmark the permalink.