Happy 1st of July. Today’s prompt can be gleaned from the title and since MONTANA MOON is on a special Kindle Countdown deal for the next couple of day, I had to look hard to find a snippet to fit the theme. My other choices were something about “captain’s seats” in an SUV and sea salt on fries. 🙄 Anyway, mine is NOT the only book on sale. If you want to grab a bunch of the Brotherhood Protectors books, now is the time to snap them up. Check the graphics and links at the bottom! In the meantime, this snippet is mostly self-explanatory. Our heroine is running for her life and our hero has been tagged to rescue her. Hope you enjoy!
****
Lauren didn’t care much for people. She was far more comfortable in her stacks of historic material and her computer. That didn’t mean she didn’t spend an inordinate amount of time observing them. People fascinated her, even if she didn’t want to interact with them. She was geeky. Gawky. And a total klutz. Unless she was immersed in her job. She was aces at her job. She was not aces at running for her life. How had she not remembered she could be tracked by her cell phone? Her skin pebbled as a spurt of adrenaline shot through her at the memory of bullets shattering the window of her car. She’d been lucky the next exit held a giant truck stop.

Closing her eyes, she shoved those thoughts out of her mind. She’d found her way to Iowa, where Shooter had stepped in. She almost laughed, despite the dark memories. He hadn’t stepped in. He’d stomped in wearing a pair of worn cowboy boots, faded jeans, plaid shirt, and an implacable demeanor. When she opened her eyes, her gaze drifted back to him.

Shooter had a strong profile. The fine lines at the corner of his eyes and the deeper ones on his forehead and above the bridge of his nose spoke of age and experience, so yeah, he was likely in his forties. Still, he was hard-bodied and fit. He had to be to scoop her off the floor, toss her over his shoulder and make off with her like she was some pirate’s booty. No, she decided, her fingers itching to touch the scruff covering the lower half of his face. He would have been a Viking, or a Highlander maybe. She could definitely see him ravaging and pillaging, and why did her heart rate kick up a notch with that thought?

Heat flooded her cheeks and she turned to watch out the window again. “I’m not going to hurt you. People call me Shooter,” he’d said after cornering her in that roadhouse. She had not been reassured. What sort of nickname was Shooter anyway?

She blurted out, “So…do you shoot people? Or just bore them to death with your stoic refusal to speak?” Yes, that was definitely a growl. She revised her animal comparison. Not a bear. Something more feral, and to her, far more dangerous. Wolf. And her heart stopped. He knew about Black Root. Which implied he knew what Black Root had been doing. Which meant he might be working for them. Which meant she needed to get out of this truck right this instant.

She froze in her seat, eyes widening as the cold words washed over her, leaving her terrified.

“Breathe, Lauren.” His green eyes glinted briefly in the dash light as he flicked them her way. “I was a Navy SEAL.”

Well. That certainly explained a lot of things. She managed to inhale and when she exhaled, her chest loosened enough she relaxed against the leather seat, but she was still wary. “Were you like a sniper or something? Is that why people call you Shooter?”

A smile threatened the corner of his mouth but the lines between his brows deepened. “I’m called Shooter because the guys in my BUD/S class challenged me to a drinking contest after graduation. The challenge involved shots of tequila. I won.” He glanced at her. “Aren’t you going to ask how many?” She shook her head and he turned his head to watch her. “I’m not one of the bad guys, Lauren. I will keep you safe.”

Lauren attempted to believe him. Her life depended on it.
****
There it is. Writers, use your words. Readers, go forth and grab some books on the cheap! Happy Reading 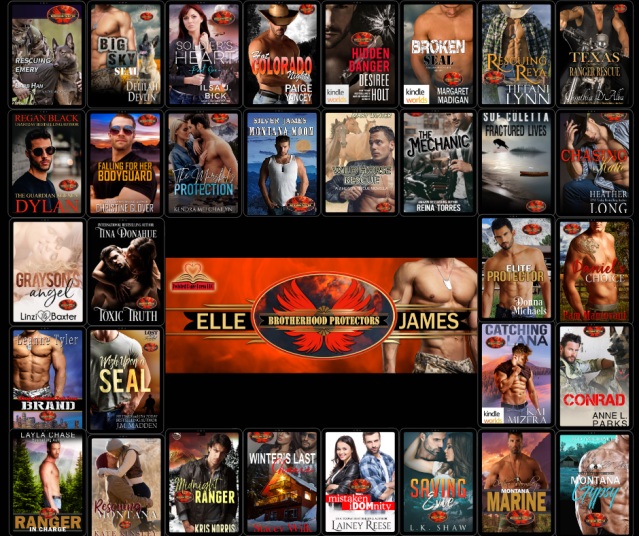 2 Responses to Wednesday Words: Captain of the Pirate Sea